Who Do You Run For?

When a great idea strikes you, sometimes you have to take it and run with it. Literally. We recently learned this when we had the pleasure of chatting with Tim Boyle, President and Founder of the I Run 4 Michael program. 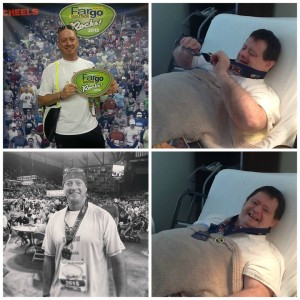 A little over three years ago, Tim Boyle had just quit smoking and had replaced cigarettes with food. He decided to start running in order to achieve a new, healthier lifestyle. After struggling through some injuries, Tim was searching for inspiration on Google and came across a quote: “I run because I can and when I get tired I remember those who can’t run and I run harder for them.” He posted this quote on Facebook and a friend commented “You can run for me anytime!”

That friend is 54 year old Michael Wasserman, a gentleman from California who has Down syndrome. From that Facebook exchange, the I Run 4 Michael program was born. Tim had a 5k race coming up, and decided to dedicate all his miles to Michael. But, he didn’t want it to stop at that one race. He had an idea to match up other runners with individuals with special needs, but he wasn’t certain if the idea would take off. Consulting with a friend, he asked if she thought if anyone else would participate. “She guaranteed it,” Tim explained.

Tim decided to establish the program on Facebook, thinking he could get at least 100 people involved. He set a goal of 500 participants; they hit that goal in three months. Just over three years later, there are over 38,000 members in the I Run 4 program! With the help of many great volunteer staff members, Tim is watching his idea flourish. There is the core I Run 4 Michael group, the IR4 Siblings: The Unsung Heroes group (supporting the siblings of those with special needs), the I Run 4 Remembrance group (which matches athletes with families whose child or other family member has passed away), and the I Run 4 Virtual Race page (which establishes virtual races and then donates the money to other organizations). In the next few years, Tim would like to see even more members and more relationships created between the runners and their buddies. He wants I Run 4 to become a “force in society, so that people will recognize the good that is being done.” 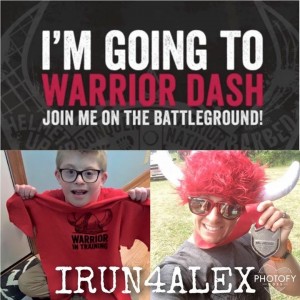 The I Run 4 programs are having a profound impact on both the runners as well as the buddies and their families. Tim has heard many times that the families “feel like they are in a cocoon, that there is no one else that wants to know about their family. This gives them an outlet to know that there are other people out there who care about them and love them, although they’ve never met.” The program is giving them a sense of belonging and inclusion. Knowing no matter the diagnosis, they are still loved by someone outside of their own family, is very powerful. While Tim knew the program could have a positive impact, he never knew he would create extended families. The runners also receive the “highest quality of motivation” they can get to run. Tim said that knowing “there is someone depending on them” to run is amazing. He feels very let down if he doesn’t get a run in for Michael, like he’s let Michael down. “The motivation is incredible!”

Tim was fortunate enough to meet Michael in person, almost two years ago. He flew to San Diego to meet Michael and his parents, Mary and Al, and said that it was like “meeting a superhero.” Because Tim is “ star struck” by Michael, it was incredible for him to spend time with his family and see Michael face to face, hug him, hear him laugh, see what his favorite things are, and “watch him giggle after he turns the TV all the way up so that his mom has to come and turn it down.”

There are so many great stories like Tim and Michael’s that fill the pages of the I Run 4 Facebook groups. Tim enjoys reading the messages posted between the runners and their buddies, saying “Some posts absolutely touch me, certain pictures that I see…it’s unreal that I created that.”

I can speak from my own personal experience with I Run 4, as my son with Down syndrome, Alex, has a wonderful runner. Alex absolutely lights up when his runner, Virginia, posts a note for him on Facebook or asks to set up a “FaceTime date”. Alex and Virginia have dubbed themselves the “Red Dragons” and will get to meet in person for the first time in May, at a 5k hosted by our local Down syndrome association. My younger children have runners in the IR4 Siblings: The Unsung Heroes group; their runners are just as fantastic. They post supportive messages to the kids a few times a week. My son Andrew and his runner, Glenn, are Team Hulk and my daughter Addie and her runner, Spring, are Team Super Puppy. As siblings to a child with special needs, my younger children need some extra support now and then that they don’t even realize they need, and their runners provide that to them. My family has truly been blessed by this program, and we look forward to sharing many more years with their runners.

So many people are grateful for the I Run 4 Michael program, but there are many more runners waiting to get matched with a buddy. They are waiting six months to be matched, so currently the biggest need of the program is buddies. Tim and his staff work very hard to try and get the word out to all families with children with special needs. Beyond that, they would like to see their virtual race series sell out, because they use that money to support other charities that share the same philosophies. In 2014, I Run 4 donated over $65,000 to charitable organizations.

Tim stressed that “when inclusion happens, everyone wins.” I couldn’t agree more.

To sign up your child up for a runner, please visit www.whoirun4.com.